Time flies by and I had no time to keep my promise to send you an update each year in November. BUT this is not such a bad thing, since I had to spend my time enjoying good things. Unluckily it is probably quite hard for you to come to my 5-years- party in Darmstadt. Nevertheless I would like to keep you informed and share a bit what has been happening lately.

On my instragram I posted some fotos of the tough beginning as a singer-songwriter and below you can see how I brought my first tour ever to the Brazilian city Itu, where just everything is big! The video itufi 2 itu shows you my roadtrip.

So in 2017 my trilogy was accomplished and made with love and some extra hours happens to be an art edition: the TriBox which includes the three CDs and a kit to build a spaceship to travel bLuzLand. There are liner notes apetizing the trilogy-story. I’m very happy to have been saved my musical diversity so far and after itufi – to the tropics and back followed by ZURÜCKhaltung to comPARTIR I’m open to some more creative stuff.

The presents I have been receiving all along my birthday month of November will be presented on my party on a secret location and on my tour through Brasil in March 2019.

Well, one year ago I wanted to leave the music a bit aside with more air and peace for the third year … but to my inner joy this just didn’t want to happen. The year trilogysed intensively and happily!

A very big step on my way as a professional musician was my concert at the music fair festival in Frankfurt: I played my entire trilogy on one night. Before the concert I had doubts: doubts of anyone coming, anyone enjoying one voice and one guitar for such a long time or would just get very bored and leave … So I invited the piano player Norbert Paul for three songs to join me on stage and finally reality took over: crowded house, magical silence, emotional applause, entertaining three sets in 2,5 hours and after encore standing ovations! How could I have asked for more?!

This concert was the kickoff of my crowdfunding for the second CD of my trilogy: ZURÜCKhaltung (BACK with attitude). This is the squared one, since only German songs fill it … well, to be precise there is one bilingual song of the poem HALLO WELT / OLA MUNDO by Sandra Becker 01. I had composed it at the Goethe Institut in Porto Alegre during my first South American tour. Anyhow the crowdfunding was topped with 117 percent and Markus Born by die kleine Audiowelt created a phenomal atmosphere during the recordings so that I can finally sit in your living room, if you play the CD. The CD-Release tour went through 10 cities in Germany and actually I’m just missing the next international tour ;) Can you help me?

And still always new things come around. After the bLuzShirts from the first album ITUFI you have now the bLuzTasch ZURÜCK to better pocket your important things. New acoustic spaces will always be explored by me and preferably with other companions. Together with Sascha Wild we started an acousticdigital sound DADA POP INTERNATIONAL that we called julakim types wild.

And since SPACE and TIME are always here to offer us all we have I together with Maximilian Lösch have been inviting for five years now to the pool to research artisticly on SPACE and TIME. To celebrate the five years we made a little tabloid to be continued here: PoolPlayPeoplePaper.

So stay close and creative and be happy! 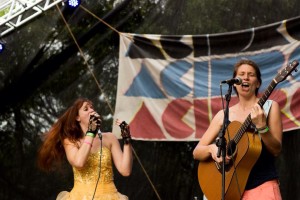 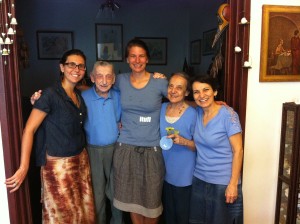 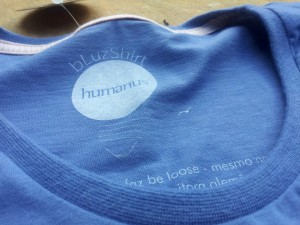 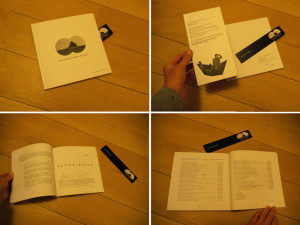